There are a couple of ways this title could go.

We have about two feet of snow and there’s more falling today. The birds are fighting over the birdseed and Persephone is having way too much  fun watching them.

Oh Baby, there are a lot of babies!

It seems like everyone is having babies right now. My math teach Mrs. K is having  a baby girl in the middle of March and Rosie will be getting a new baby sister in the beginning of May. A bit further down the road, the wife of a friend of mine will be having a baby in August as well.  My biggest challenge would be to figure out what the heck one makes a spring baby. Sweaters and hats won’t get nearly as much use as if the baby was born in the fall so, I decided to make some toys.

I started with some garter knit squares.

And added some stuffing and rattles that I bought on etsy from American Felt and Craft. 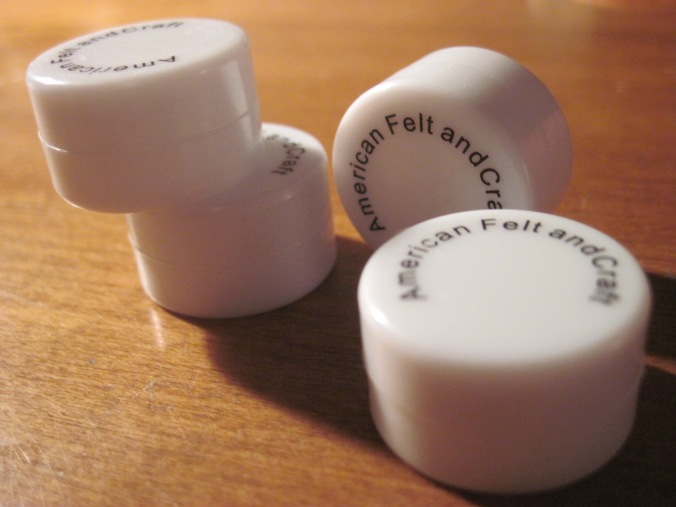 I waved my magic knitting wand and poof! They turned into adorable little rabbits (by Artsy Fartsy Mama). 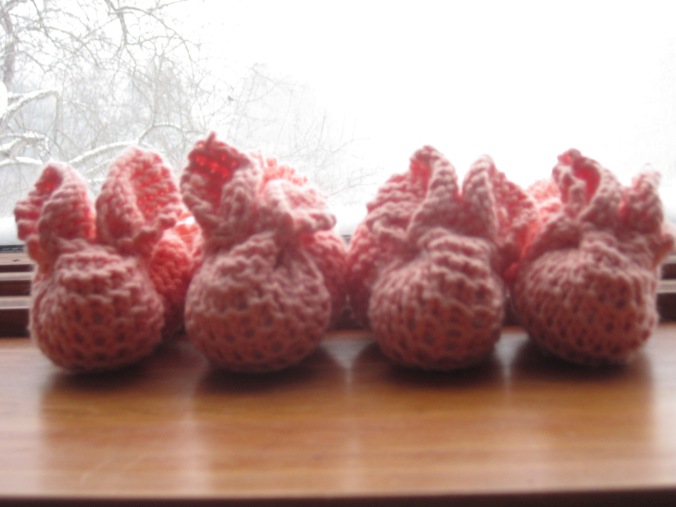 And they want to go outside and play in the snow. 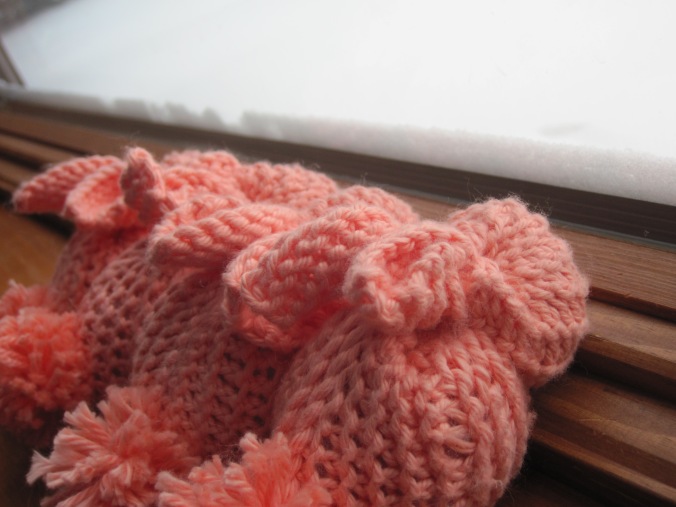 As a ‘Big Sister’ gift for Rosie I’m planning on knitting a medium-sized bear from Emma King’s The Best-Dressed Knitted Bear and lengthening the ears so it becomes a rabbit. For the baby due in August I’m going to knit a bear as well and, if it’s a boy, I’m going to make it a cowboy outfit. I’m not sure yet what I’ll do for a girl. The best part about knitting for babies is that everything is so small.

Wait! Where did January go? Actually, if one wasn’t looking at a calendar one would probably not know it was February. It’s still cold and snowy. It seems like everywhere I go, work or school, people are complaining about the weather. But I digress. It’s been an odd month weather-wise. It’s been below zero and above forty degrees at times.

Each color represents a ten degree range (in Fahrenheit). Every day I knit two rounds for one stripe in Cascade 220 Superwash. I can see a little bias forming from the uninterrupted stockinette. Any tips on how combat this?

(Temperatures are based on the average for the day.)

The Blanket hasn’t fared as well as the scarf has. There was about a ten day stretch where I had simply too much schoolwork to be able to knit. There is noticeable progress though. I thought that because it has been such along time since I posted a picture of the blanket I’d repost the last one I uploaded. 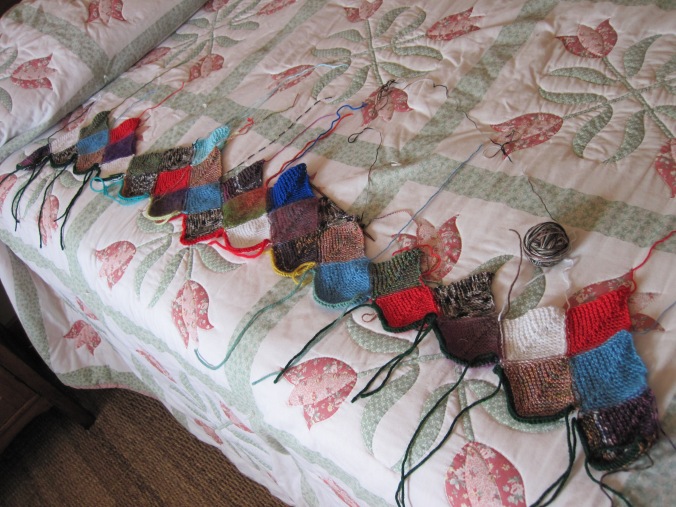 This was last spring I think.

The one from this spring is actually wrong side up. Woopsie.

Made By Davin aka Starburn (on Ravelry)